Deck the Halls with Holly Golightly…

Holly Golightly arrived on the scene in 1958 when Truman Capote’s Breakfast at Tiffany’s was first published in the November issue of Esquire magazine. The novella soon appeared again, included in a Random House collection along with three Capote short stories. It has been in print ever since, most recently paired with Capote’s Other Voices, Other Rooms in a Modern Library volume published just last month.

When the inevitable screen adaptation of Breakfast at Tiffany’s got underway in 1961, the diminutive author had his own ideas about who should portray his stylish-but-kooky heroine onscreen. But Marilyn Monroe either turned down or was passed over for the role. Instead,  gamine Audrey Hepburn was cast and her unique turn as Holly Golightly came to be her signature role.

Since then,  there have been a variety takes on the Manhattan madcap… 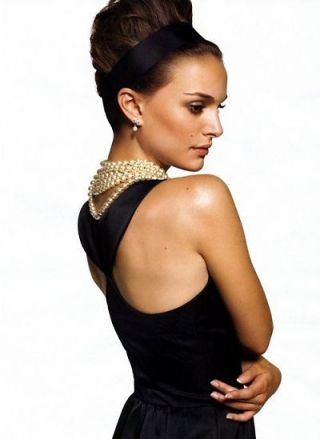 One of a kind Holly doll 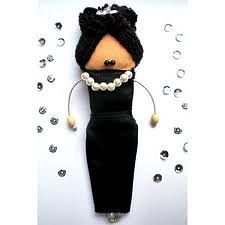 Several years ago the iconic ‘little black dress’ (the most famous lbd of all time)  worn in the film was sold at auction for more than $900,000. In keeping with Audrey Hepburn’s commitment to philanthropy, the proceeds went to a children’s charity in India.

The emulations, imitations and homages will continue, but there will only ever be one Holly. And her name was Audrey…

I blog mostly on classic film - here, there and everywhere - but mainly at http://www.ladyevesreellife.com/
View all posts by The Lady Eve →
This entry was posted in Uncategorized and tagged Breakfast at Tiffany's, Holly Golightly, The Lady Eve (author). Bookmark the permalink.

4 Responses to Deck the Halls with Holly Golightly…