Not “a little brown wren”… 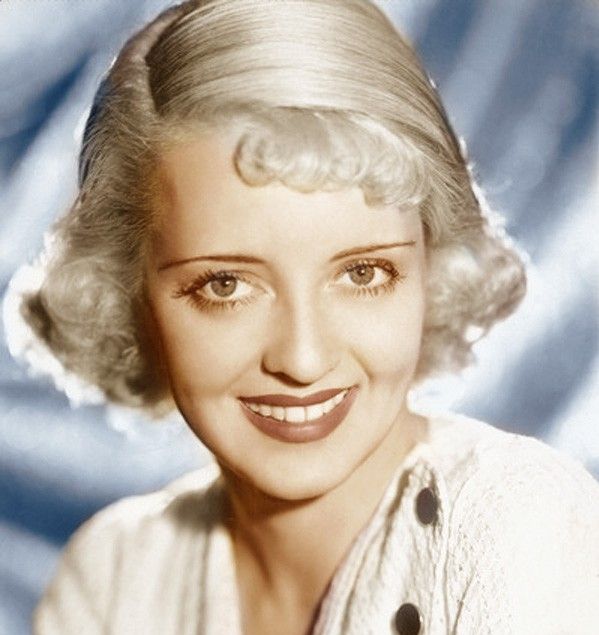 Bette Davis famously and often repeated the story that she had a reputation during her early days in Hollywood as a “little brown wren” amid  more gorgeously plumed hopeful young film actresses. Her stories of being dismissed and discounted by powerful studio bigwigs were many (one she often told was that Carl Laemmle, the head of Universal, said she had “as much sex appeal as Slim Summerville,” a middle-aged actor who played yokels). It’s true that Bette was no Garbo or Dietrich looks or style-wise, but she was no dowdy wallflower either (it may be worth noting that, in her youth,  Bette had been very popular with the boys and was considered quite attractive). More importantly, her acting talent and dynamism were the equivalent of the combined efforts of several actresses.

A testament to the gifted Ms. D’s ability to play a broad spectrum of characters is the contrast between her role in The Private Lives of Elizabeth and Essex (1939), in which she portrayed an aged fading queen to Olivia de Havilland’s lush young lady-in-waiting, and her role in John Huston’s In This Our Life (1942), in which she portrayed a sexy man-magnet who steals the husband of her less attractive sister (Olivia de Havilland). It was also in 1942 that Bette created one of her most interesting screen characters – Charlotte Vale in Now, Voyager who, in the course of the film, evolved from a meek and frumpy spinster into a desirable and glamorous socialite.

The pictures shown here are from the early 1930s, before Davis eschewed the blonde persona her studios dictated  in an effort to mold her into the  then-current Hollywood image of sex appeal. She looks good, actually, but blossomed later, when she left the pale blonde locks behind and began a run of roles she could sink her teeth into…”Bette Davis characters.”

Critic/historian David Thomson, in the Bette Davis entry of  his Great Stars series, asserts, “Davis outpaced the field without ever convincing a studio – or maybe herself – that she had ‘it’. Simple, unequivocal desirability. Yet something possessed her, an energy or a need that could leave every other actress seeming vacant.” 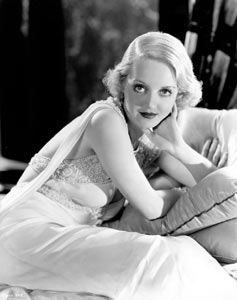 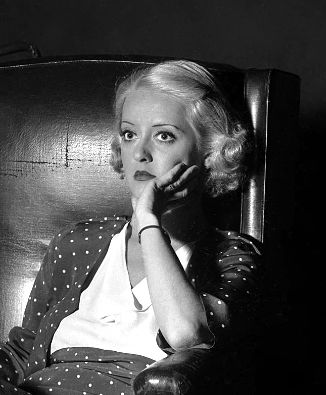 I blog mostly on classic film - here, there and everywhere - but mainly at http://www.ladyevesreellife.com/
View all posts by The Lady Eve →
This entry was posted in Uncategorized and tagged Bette Davis, David Thomson, little brown wren, The Lady Eve (author). Bookmark the permalink.

5 Responses to Not “a little brown wren”…